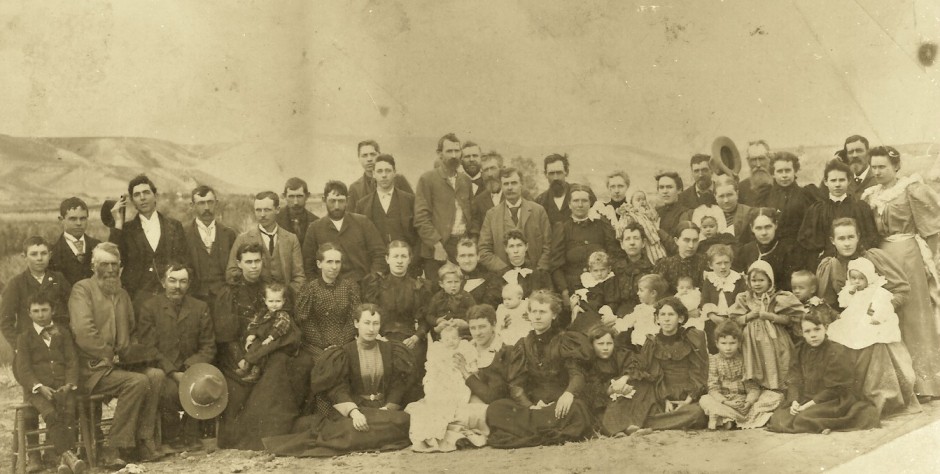 My great-great-grandfather, David Allen, was a farmer and a rancher for most of his life.  My grandfather was born in Somerset County, Pennsylvania in 1810, and his parents were Philip and Nancy “Ann” Wilcox.  By the time he was four years old, his family was living in Monroe County, Ohio.

When the patriarch of the family decided to move to Colorado, ten of his children and their families, 44 family members in all moved with him.  They loaded their belongings, wagons, and livestock on railroad cars.  From stories told, the families just left their breakfast dishes behind on the day of their departure.  They also had to wait five days while my great-grandmother, Ann Payton, decided if she wanted to marry my great-grandfather, Henry Allen.  Once she agreed and married Henry, the family left Ohio and traveled to Evans, Colorado in 1885.  They took the wagons from the train and reassembled them.  They packed their belongings and brought their livestock and headed to Meeker, Colorado. They spent the winter in Meeker.

Some of the family stayed in Meeker, but some headed for Hotchkiss in the spring of 1886.  When they came to the Colorado River, they drove their covered wagons over the railroad bridge at Grand Junction.  Many of the Allens settled on the west end of Roger’s Mesa.  David and Sarah moved to Hotchkiss.

My grandfather’s oldest son, Gideon, died during the Civil War in Danville, Kentucky in 1863.  He died of the measles.  His daughter, Ann, vanished without a trace.  Little Elias died when he was about four years old in 1839.  Avery married and had a family.  In 1910, he and his wife lived in San Diego, California.  Lewis married and had a family of his own.  For a time, he lived in Meeker, Colorado, but he eventually moved to San Diego too.  Mary married Sarah Hupp’s younger brother, John.  She died in 1905 in Jackson, West Virginia.  Philip married and lived in Meeker, Colorado.  He also served in the Civil War.  Elizabeth also disappeared without leaving any records of her life.  Ezekiel married and settled in Meeker.  Sarah married and lived in Delta, but in 1910, she lived in San Diego, and in 1920, she lived in Los Angeles.  Perlina was another mystery, for I could not find any records for her.  Pauline Panina married and settled in Meeker.  David married and made his way to Oregon.

Henry and his family moved to Hotchkiss.  Louisa married and stayed in Ohio.  Elijah moved to Colorado but later settled in Tuolumne County in California.  Aaron married and also remained in Ohio. 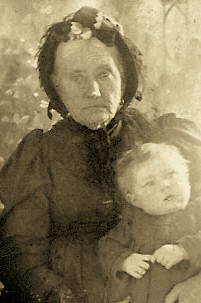 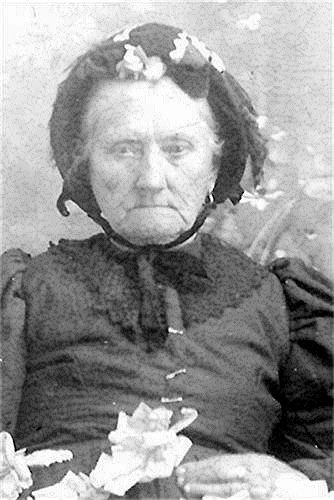 David and his son, Henry, assisted in surveying the Allen Mesa Ditch, and it is still called that to this day. David had a talent for taking care of animals, and people in the community called upon him for his veterinarian services. Neighbors called Sarah the “Egg Lady,” for she raised chickens and sold their eggs. They lived on Roger’s Mesa until their deaths, and they are both buried at the Riverside Cemetery in Hotchkiss. David died in 1896, and he was 86 years old. Sarah died when she was 92 years old in 1914. 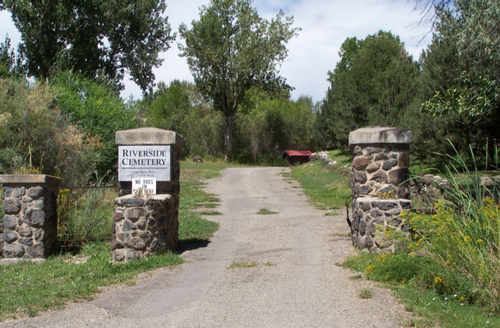 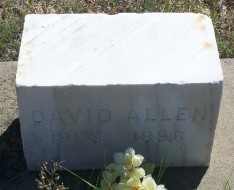 2 thoughts on “Yours, Mine, and Ours”