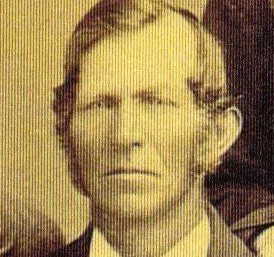 My 3x great grandfather August Frederick Strassburg was born in Prussia on October 15, 1822 to Johann George Wilhelm Strasburg and Juliana Sabina Bauer. Although I could not locate records of his baptism, his younger sister and brother were baptized at Rettgenstaedt in Hannover, present day Germany. This was the same parish where August married his wife, Maria Eva Mudth, in 1852.

Although I do not know his reasons for moving his family, historical data suggested that many left Germany because of the shortage of land, especially for farmers. With so many changes to the region, it left many without land, so families opted to try farming in America. My grandfather and his family settled in Hamtramck, Michigan. This area was known to be an area that was originally settled by German farmers.

In 1870, the Federal Census showed that Augustus has his own property in Hamtramck, Michigan that was valued at $2500.00, and his occupation was listed as a farmer. Seventeen-year old Charles was listed as a composition (printers) apprentice. Frederick (15) made cigars; Anna (13) peddled milk. Leopold (11), William (9), and Louis (5) were listed “at home,” and two new additions were added to the family with Otto (2) and Hulda (5 months).

On September 5, 1879, my grandfather died when he was fifty-six years old in Hamtramck, Michigan. He was buried on September 7, 1879 at the German Lutheran Cemetery, which is also known as the Trinity Cemetery. In his will, “bequeaths” his estate and property to “his beloved wife, Maria Strassburg.”

The apparition of these faces in a crowd. Petals on a wet, dark bough. ~Ezra Pound