Crossing the stage with my diploma in hand was a very emotional milestone for me.  It was the culmination of years of hard work that had finally ended.  My mom and my daughter were in the stands which made the moment extra special for me.  At times, I often wondered if my graduation day would ever arrive, for I put in many long hours while working part-time.  During those years, I became a single mother too which added another level of stress.  Looking back, I realized that keeping busy with school helped keep me sane as my marriage crumbled around me.  It also gave me the extra push I needed to continue because, sink or swim, I was on my own.

In January of 1994, I started my journey at Pueblo Community College in Canon City, Colorado.  The college was located on the grounds of The Abbey that had once been a private school for high school boys.  The grounds were beautiful, and in some of my classrooms, my view comprised of a cow pasture that included a local herd that spent their days chewing their cud. On the days I became overwhelmed, the pastoral scene comforted me.  When I first entered those doors, I thought I was going to be the oldest student in the room.  Later, to my delight, I discovered “I” was the norm.  Most of the students at this community college were 30+ years old.  Starting at the community college helped me to later cross over to the University of Southern Colorado when It was time to complete my English courses and receive my bachelor’s degree. 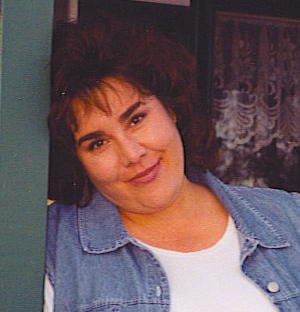 While in school, I discovered my voice.  Although I have always enjoyed writing, I found my niche.  With each new class, I reveled in the research and the writing.  Professors encouraged my writing skills, and eventually, I found creative outlets in poetry readings, and in the school magazine.  My last year of school I was invited to attend a sociology event in which I had an essay published about how divorce affects women and children.  My professors and my supervisor, Sharon Hatton-Montoya, encouraged me to participate in additional writing challenges that really opened doors for me.  Although school was overwhelming at times, I valued the challenge, and I adored writing.

At the same time, I couldn’t wait to start teaching.  While I attended college, I tutored other students.  For a few years at the university, I worked in the writing lab, and this experience continued to push me since I helped others with their graduate assignments.  At the same time, I often helped students from around the world as they worked in a new environment which included writing trials and language barriers of their own.

My last year semester, I did my student teaching at the campus I attended, for a charter school that catered to arts and science was housed on the university grounds.  The students that I taught that semester were an amazing bunch of kids, and they made that time a memorable one.  That year the students put together a book of poetry and dedicated it to me, and yes, I still have a copy of their works.

Once I graduated from school, I taught part time at Pueblo Community College, and I subbed in the surrounding districts.  Since the county I lived in was small, jobs were hard to find.   Eventually, I found work close to home.  Although it was not what I had anticipated while I was in college, I started teaching at the Colorado Department of Corrections.  In time, I worked for several different facilities over a five-year period, and I enjoyed the time I worked there. Working with inmates taught me so much about myself, and without a doubt, they taught me how to appreciate the little things in life that most of us take for granted each day.   Still, they often insisted that I should find a job in public education because they often stated that’s where I belonged, and I must admit when I finally found a job in public education, I was thrilled to work with children once again.

Photo by Baim Hanif on Unsplash