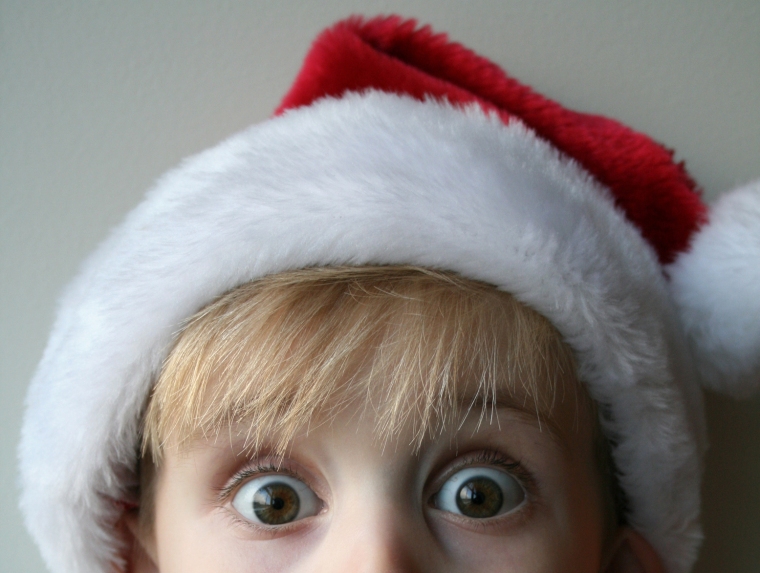 This Christmas season did not start with joyful anticipation or holiday cheer. For this teacher, the workweek ended with another dreaded in-service day with upcoming plans for interdisciplinary units and recaps of testing scores for middle school students. While teachers chatted back and forth about this year’s upcoming combined lesson, all this teacher could think about was the stack of persuasive essays that needed to be graded and next year’s lessons that needed planning. To make matters worse, the day ended on a discouraging note with frustrated teachers who aired their differences and voiced their concerns. Everyone left, and everyone felt exhausted and overwhelmed.

At the same time, this gramma was feeling a bit blue since this Christmas her original tribe of grandbabies would be spending the holiday with their father. So much for peace and goodwill, for this sassy grammie wanted the entire family together this year. She was not a happy camper, and she was feeling a bit like the Grinch since she was not getting her way!

Forget laundry and forget cleaning, feeling sorry for myself, I spent the first few days of my Christmas vacation in bed. I slept in late and stayed in my PJs. To ignore my troubles and my Christmas woes, this self-proclaimed nerd reveled in research as she discovered new topics that needed her attention in order to appease her addiction to writing.

While preparing for my family history marathon challenge that will begin this January, this amateur genealogist enjoyed discovering new information about her French Canadian roots. While exploring the lives of past grandmothers, I found I was related to some of the Filles du Roi, the King’s daughters. During the late 17th century, these French ladies, enticed by their King, embarked on a wild journey to New France. Their mission was a bold one, for they were instructed to find a husband, marry, procreate, and tame the wilderness and the husbands they married. Ooh la la! Okay, so I used a little bit of imagination about taming the wilderness and their husbands, but I am sure they did have some housebreaking to do. All I know as my stable of filles grew, so did my excitement. I was beginning to wonder about my saucy grandmothers as they braved a strange new world.

Still, I knew I would eventually have to return to my writing schedule if I wanted to stay on course. Months ago, I came across a blog that captured my attention. This online journal, No Story Too Small, also recorded family history and offered a challenge to family historians. The author, Amy Johnson Crow, provided a guideline of “ 52 Ancestors in 52 Weeks.” Although the challenge took place several years ago, it was just the ticket. It provided a type of writing boot camp designed to keep me on track, hold my attention, and help me return to a lively schedule of writing, especially since I dearly missed the days when writing came so naturally. In all honesty, I hoped this writing challenge would spark my creativity and help me get my groove back.

So today, I settled in and started at the beginning. Since the Filles du Roi fell into the second week of writing, I returned to week one’s topic, a fresh start. Although I was excited to discover that one of grandmothers was Anne Bradstreet, I had to admit that I believed her research would not be as entertaining as my grandmere filles. But oh I was wrong. My Puritan grandmother was a bit of a bad ass as she made a fresh start in the colonies of Massachusetts Bay. With pride I admit, I was thrilled to discover she was the first female poet from this New World to be published, especially since Puritan society believed females should not take time from their Godly duties to pursue such endeavors.

She was a woman who followed her passion even though the Puritan culture frowned on such efforts. My grandmother wrote poetry about all that she loved. In her own quiet way, she confronted man made beliefs that maintained a woman’s only duty was to God and family. Even though it was not tolerated in her day, this brave grandmother wrote about her struggles as she questioned the life she lived. She wrote poetic love notes to her husband while Puritans believed no one should write about romantic affection. She had her doubts and she confronted them. And all the while, my grandmother found comfort in God’s Word. So today, I was reminded that when we “take delight in the Lord, He will give us our heart’s desire,” even when the world tries to douse those flames because through Him all is possible. And just like that I remembered what really mattered this season.

Oh, and on another happy note, my daughter told me today that we will have two Christmas celebrations this year, one on Christmas day, and one on the day my wandering tribe returns. Merry Christmas!