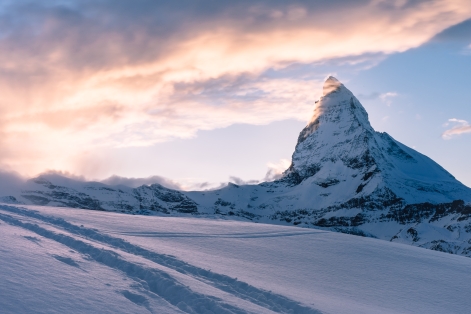 On a chilly Friday afternoon on October 24, 1997, snow began falling in Penrose, Colorado. By evening, winds blew and whistled around our home on Garden Drive. Icy temperatures dropped to the teens, but the wood stove in our home kept the place warm and cozy. With news of the impending storm, I stocked my home with groceries, stacked wood near the back door, and, of course, rented several movies to help us pass the time. My daughter and I settled in to wait out the developing storm.

Saturday morning, we awoke to a winter wonderland, and the blizzard was still going strong. It did not slow down until about 6 pm that evening, and the snow crippled the Front Range. Roads were closed and people were advised to stay indoors. In Colorado Springs, 45 miles northeast, the snow was falling so quickly, the city had to pull its snowplows because they could not keep up with the falling snow. In some places in the city, the snow was covering cars.

On Saturday, the governor declared a state of emergency. Emergency vehicles were only allowed on the eastern highways. Although we never lost power, some places in Pueblo and Colorado Springs had power outages, and some lasted as long as two days. Many people, caught in this storm, were injured; some died as a result of this blizzard. Others were stranded, and the Army and the National Guard were called into help stranded motorists and to bring hay to starving cattle. Ranchers lost upwards of 20,000 head of cattle.

By Sunday morning, snow levels in Penrose measured two feet, and cold temperatures kept everyone inside. When Monday arrived, many businesses remained closed along with many Colorado airports and schools. Later, the National Weather Service would describe it as “one of worst and deadliest blizzards of the decade.”

On Monday, while everyone was digging out of the snow, Leslie’s dad, Dave, stopped by to check on us. Because of the weather, he was not working, and Florence High School had also cancelled classes. Since he and Leslie both had the day off together, he suggested that she should go to town with him, so our sixteen-year-old teen could finally get her driver’s license. Although I was hesitant, he reassured me that she could handle it. Since she was a country kid, she started driving when she was about seven. If anyone knew she was up to the challenge, it was her dad. He tested her skills in all kinds of weather and in all kinds of terrain. I trusted his judgment. With a squeal of delight, our daughter raced to her room and grabbed her coat and boots.

Later that afternoon, she arrived home with her license in hand and a smile on her face. Her father bragged about how his sweet girl nailed the driver’s test. It was fun to watch those two interact as they discussed their day together, one more memorable moment for them to share. Still, I had to laugh and wonder; leave it to those two to do something crazy like getting a driver’s license while everyone else was still digging out of a blizzard that had shut down half the state of Colorado!