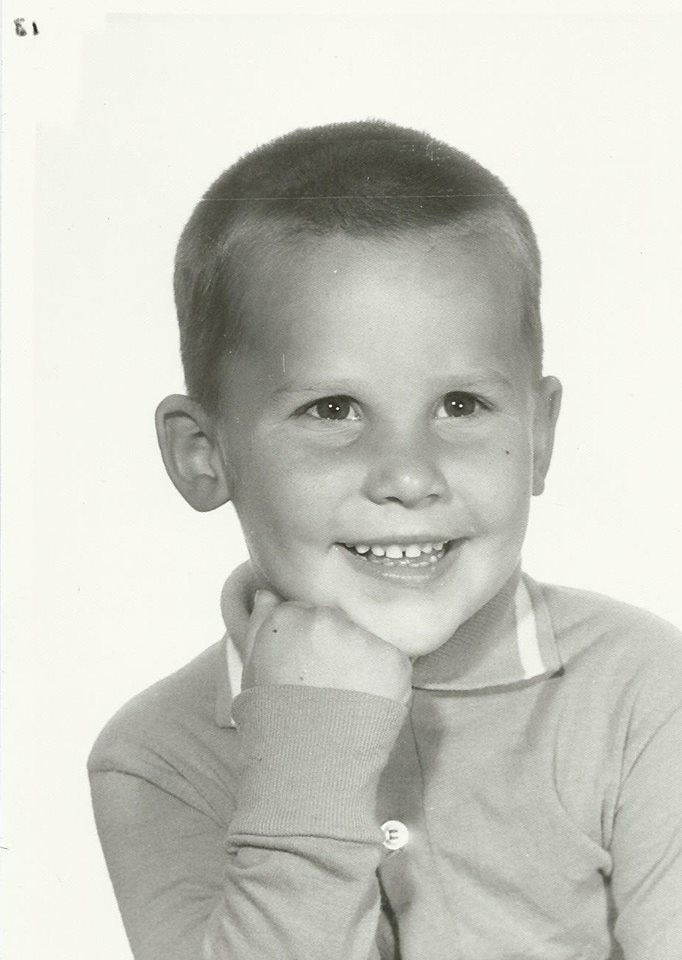 Off came the clothes, and over the fence they would fly!

Today, David, my younger brother, who left this world last summer, has weighed heavily on my mind.  I miss him so much.  Today, at school, two of my kiddos wanted to spend lunch with me, and the three of us started sharing fun-loving stories about younger siblings.  One of my students started laughing about a sister who would not keep her clothes on when she was a little tyke, and I immediately began to laugh and think about my own little streaker when he was just a boy.

When David was just a little guy of about three, he was quite a handful.  This child ran nonstop from sun up to sun down, and he was always into some kind of mischief.  To help my mama out, my dad even made an outdoor playpen, complete with posts and chicken wire.  This enclosure, that dad fondly called the bullpen, worked for a short time to contain our rambunctious brother.  Still, he did not like being fenced in, and he would raise a fuss, but we would often just ignore him and continue with our games in our spacious backyard.  Once he realized that his loud protests wouldn’t gain our attention, David started undressing.  As he stripped off his clothes, he would simply toss them over the pen!  We would get him dressed, but in short order, off came the clothes, and over the fence, they would fly!

Soon, our nature child discovered how to use the wire mesh as a foothold. Since my little brother had stripped down to his birthday suit, he realized without shoes, he could quickly scale the chicken wire and off David would run to terrorize the neighborhood while naked as the day he was born.

Our neighborhood was a great place to live when we were kids.  The people were friendly, and the kids would often share their toys.  Within our little block, we all possessed some sweet pint-sized rides.  Besides the assortment of bikes, we also had a collection of scooters, big wheels, trikes, and tractors that the kids on the block would share.

One day while my mom was cleaning house, she received a phone call from one our neighbors.  Esther called and was laughing.  She told my mom, the minister was visiting, and before he left, he wanted to see the look on the mother’s face when she saw her little farmer.

Mom groaned and hung up the phone.  She stepped into one of the front bedrooms and peeked out the window.  Without a wearing a single stitch of clothing, our little terror was riding up and down the street on the neighbor’s toy tractor.   Esther, Reverend Deacon, and his wife stood in Esther’s front yard and smiled while looking over at our house, waiting for my mom to appear.

Mom laughed at the spectacle and walked back into the kitchen.  She pulled a large paper grocery bag from a drawer; then she grabbed her scissors.  She cut two large peepholes, placed the sack over her head, and marched down the stairs, so that she could wrangle her wayward farmer–incognito.

Once on the sidewalk, she grabbed David by the hand and led him back into the house.  Her awaiting audience roared with laughter.  The minister collapsed on the bottom step of the staircase, wiping away his tears.  That was my mom’s first encounter with our reverend friend, but soon after Reverend and Mrs. Deacon frequently visited our household.  Before long, my younger siblings and I started attending Sunday School.  And to think, we discovered a sweet church family because one little guy just couldn’t keep his clothes on!

14 thoughts on “Our Little Terror”