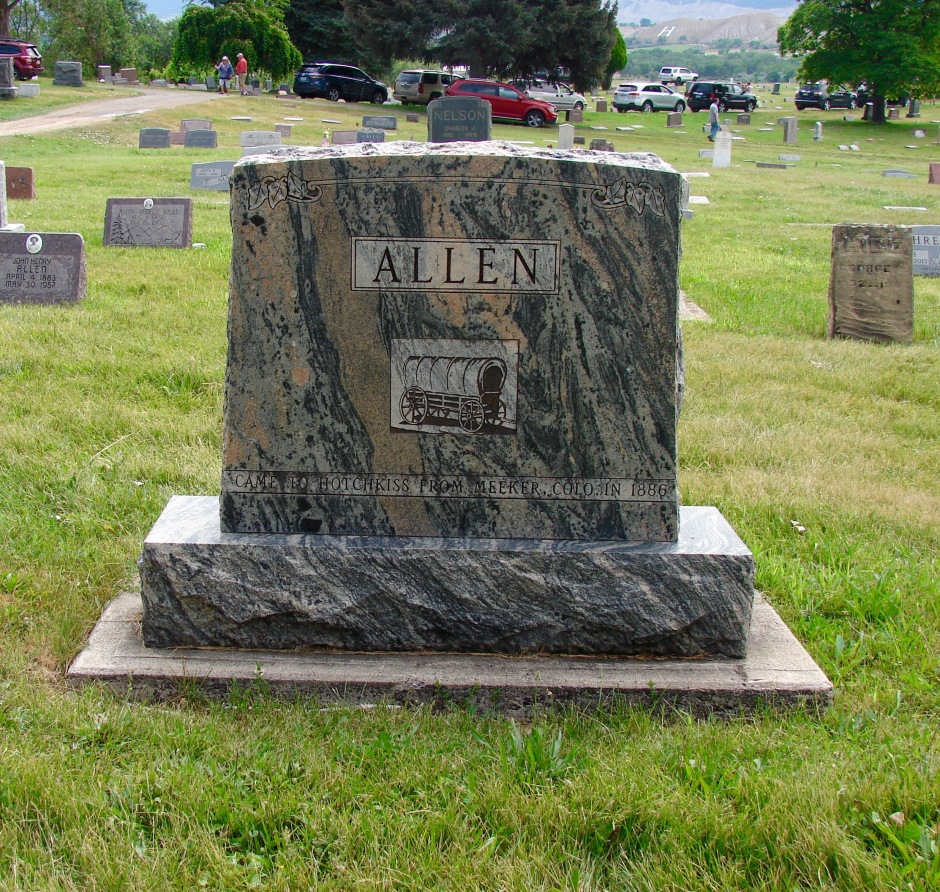 I have a strange fascination for cemeteries and tombstones.  I know.  I know.  It’s sounds morbid, but as a history buff and an amateur genealogist, it’s not as bizarre as it sounds.  If you look closely, each stone tells a story.  Recently, I’ve been checking out some funny, strange, and unusual headstones, and I wanted to take a peek at some of my ancestors’ grave sites to see what I could “dig up.”

My grandparents’ headstone holds special meaning.  The engravings hold all they loved about Colorado, the mountains, the columbine, and the the blue spruce.  It also had the horseless rider which is perfect since my grandfather enjoyed training horses too.

My 5x great-grandparents were Mary Plaster and Joseph Burson.   Joseph was born on January 22, 1737 in Bucks County, Pennsylvania.  He died on February 19, 1825 in Loudoun County, Virginia.  He was buried at The Southfork Meeting House Cemetery in Unison, Loudoun, Virginia.  Mary Plaster was born October 18, 1758 in Chester County , Pennsylvania.  She died on May 9, 1836 in Loudoun County, Virginia.  She was also buried at The Southfork Meeting House Cemetery; however, her tombstone could not be located.

My 4x great grandparents were an interesting couple.  Mary lived to be 96 years old.  She was twenty seven years old when she married my grandfather, Philip, a Continental Marine that served his country during the American Revolution.  Both of my grandparents are buried at the Hesson Family Cemetery in Noble County, Ohio.