At the fork of the Cacapon and North Rivers 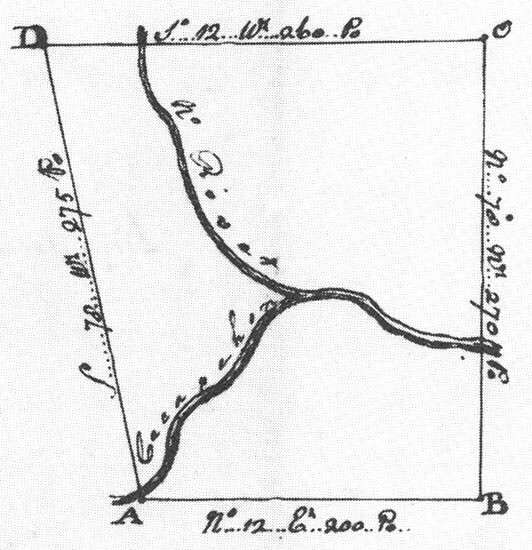 The 388-acre tract that Washington surveyed for Henry Enoch at the fork of the Cacapon and North rivers on 23 April 1750 became the site of Enoch’s fort during the French and Indian War.
Courtesy Princeton University, deCoppet Collection, W.W. Abbot, ed., The Papers of George Washington, Colonial Series, v.1, 1748-August 1755 (Charlottesville: University Press of Virginia, 1983), 24. 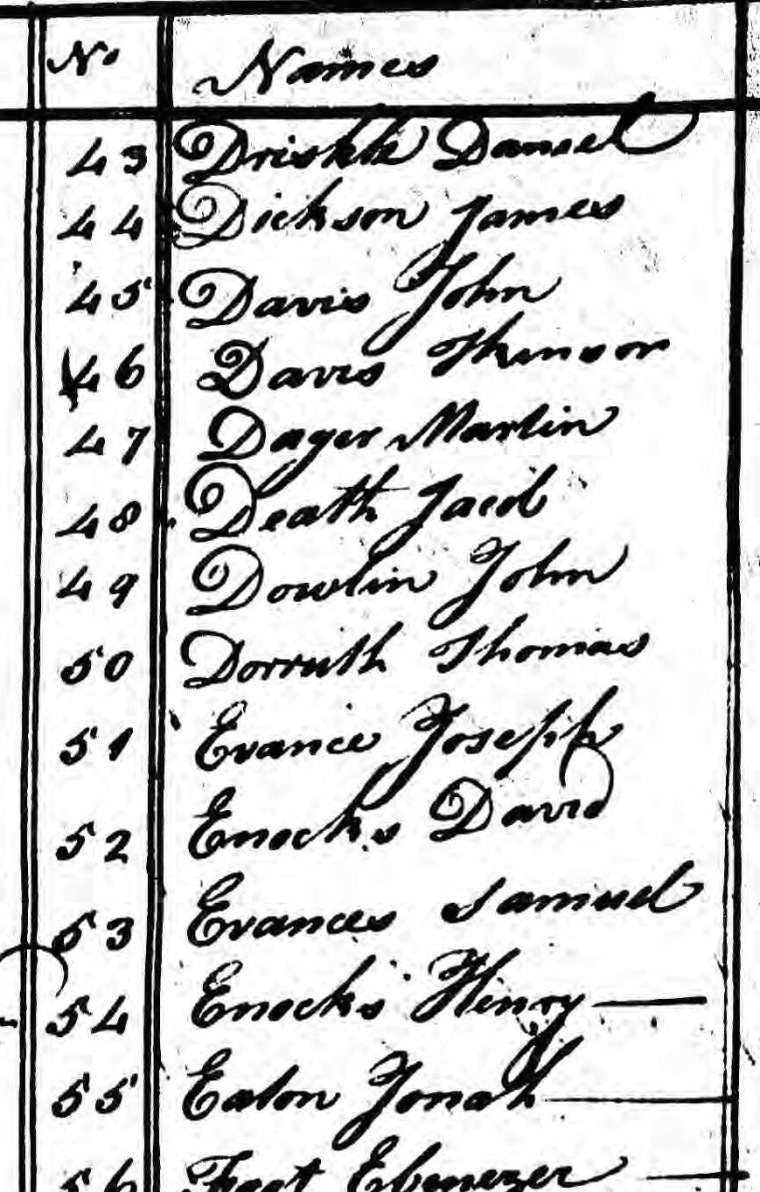 Captain Stewart is to draught out of his Recruits, men enough to complete his Troop to the Establishment; the rest he is to march to town to-morrow, and deliver them over to Lieutenant Bullett, who with Ensign Thompson, is to march them and the Recruits, now in this town, to Fort Cumberland.

He is to set out on Saturday; and proceed by the following Rout: viz.

Saturday the 10th to Jesse Pughs

Sunday the 11th to Henry Enochs

Monday the 12th to Friend Cox’s

Wednesday the 14th to Fort-Cumberland.

This Detachment must receive to-morrow, at 12 o’clock, from the Commissary, twelve Rounds of Cartridges, and six days provision.

The Commissary is to pack up all the Arms here which want repairing, carefully in a Chest; and send them by the first opportunity to Fort Cumberland.

To Lieutenant Blagg, of the Virginia Regiment.

You are Hereby ordered to proceed with the party under your command, with the utmost expedition to Joseph Edwards’s on Great Capecapon; where you are to remain, and endeavour to procure what intelligence you can, and transmit to me from time to time.1 I would by no means have you go in pursuit of the Enemy, unless you are joined by such parties of the Militia, as you judge from the intelligence you may receive, may be able to drive them off; and even in that case, you are not to pursue them too far from your Station, until you receive further Orders from me.

You must endeavour to keep the inhabitants of the place together, as much as possible; to keep them quiet; and afford them all the assistance you can in compliance with your Orders.

You are to endeavour to keep a communication open with Ensign Hubbard at Enochs; who must transmit what intelligence he receives of the Enemy. and if you think it of consequence, you are immediately to let me know. Above all things, I must recommend to you dilgence and care to guard against any Surprize.2 Given under my Hand, April 7th 1756.

John Blagg was at this time the lieutenant of Capt. John Savage’s 6th company of the Virginia Regiment.

1. See GW’s Orders, 7 April 1756. Joseph Edwards’s fortified house, or fort, was west of Winchester on the Cacapon River, upstream from Henry Enoch’s fort to the north of it.

2. Ens. Edward Hubbard of Charles Lewis’s company in the Virginia Regiment was on detached duty at Enoch’s. The copyist spelled “Above” as “Alove.” 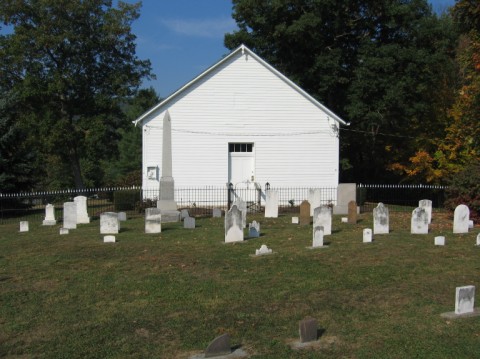 The Enoch family first appears in Hampshire County, Virginia in 1750, at that time part of Frederick County. The first record is from the Journal of George Washington, who when a young man made surveys in this region. This Journal shows that on April 23, 1750 he surveyed for Henry Enoch land in the Fork of Cacapehon, 388 acres.

From the “Genealogies of Virginia Famlies” pg 688-89 An item in the Journal of George Washington’s tour to the Ohio River shows that on Nov 28, 1770 he dined with Henry Enock’s at the Forks of the Cacapehon (whose land he had surveyed twenty years before).
Henry Enochs was married to Elizabeth Ross.
They had the following children:
Enoch Enoch
Henry Enoch Jr.
David Enoch

Land records at Richmond give the following:
Henry Enoch of Frederick county received grant April 22, 1753 for 388 acres on Cacapehon Creek (the land surveyed by George Washington). Henry Enoch of Hampshire county received grant in 1761 for 277 1/2 acres on Little Cacapehon, in 1762 for 38 acres, 1763 another grant for 100 acres on the Great Cacapehon. 1763 for 278 acres on the Great Cacapehon, in 1764 for 57 acres in Enoch’s hollow.

About 1770 the Enochs begin to appear in southwestern Pennsylvania. Henry Enoch appears in Springhill Township, Bedford County (now in part known as Washington county), PA., in 1772. The Enochs were prominent in the organization of the Ten Mile Baptist Church in Washingtion county, Pa., said to be the first church of any kind.