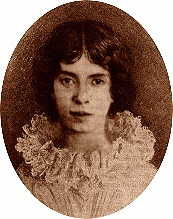 With all my misadventures this summer, I sadly discovered that I am behind on my blogging.  Today, while I looked through some old papers, I found an essay that I had written in college about Emily Dickinson’s poem, “I felt a Funeral, in my Brain.”  The paper was written over twenty years ago, and I would not bore you with the dissection of the poem.  However, part of the assignment was to write a poem in a similar style to Dickinson’s work, and that I would love to share today.

Funny, how over twenty years ago, I was in the middle of a new adventure while going to college, so I could start a career in teaching.  While writing that poem, never in my wildest dreams could I have ever imagined actually being related to this amazing poet!

I felt a Funeral, in my Brain

I felt a Funeral, in my Brain,

And Mourners to and fro

That Sense was breaking through –

And when they all were seated,

My mind was going numb –

And then I heard them lift a Box

And creak across my Soul

With those same Boots of Lead, again,

Then Space – began to toll,

As all the Heavens were a Bell,

And Being, but an Ear,

And I, and Silence, some strange Race,

And then a Plank in Reason, broke,

And I dropped down, and down –

And hit a World, at every plunge,

And Finished knowing – then –

Even now – after endless years-

Though I’ve shed a stream of tears-

The re-creation exploits my thoughts.

A weapon of pain and despair.

It rips the soul –- raw emotion-

Is it more than I can bear?

Cover the sorrow –- hide the pain-

Play the game but refrain-

From scrutinizing the misuse.

Beats the Alternative
The Social Historian